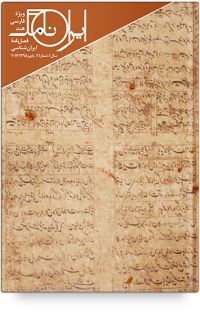 The Beginnings and the First Major Phases of Persian Literary Culture in Hi... Table of Contents