Blog - Latest News
You are here: Home / Articles / Farmer–Herder Villages and the Revolution 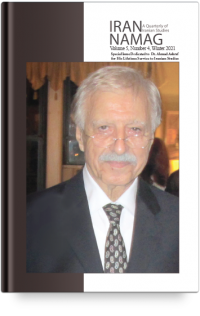 Forgiveness for What? Vis and Ramin and Troilus and Criseyde Mapping the Unmappable: A Critical Study of Dead Reckoning: A Novel by Bahman...